This time and latitude Sagittarius constellation is serving the sky at its best. Depicting Crotus, son of Pan, can be found aiming his bow at a Scorpius. Crotus invented the applause to show appreciation to the muses, and they ask to Zeus to create a constellation to thank him.

The centre of the Milky Way, our galaxy, lies in the same direction of this constellation, that is why the sky in this area looks so dense of stars and clusters. In the northern latitudes can be visible at this time of the year (August) looking south.

At Southern latitudes an other centaurus can be seen: Chiron.

According to the greek mythology Zeus gave this portion of the sky the shape of a Centaurs after Chiron death, which it happened only because Chirone wanted to exchange his immortality with Prometeo. Chirone was a special centaurus skilled in many arts like astronomy, music, medical science and weapons use. He was mentor to the offsprings of gods like Castor and Polluce, Eracle, Dioniso, Nestore. 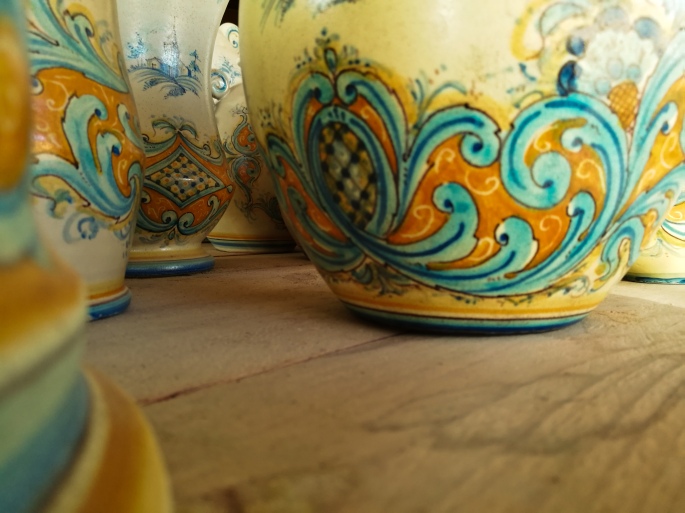 Caltagirone is a town in the district of Catania, in between Iblei and Erei mountains. I arrived there through Ss 124 coming from the innerland. I had a wish: to visit the Varsallona family factory.
I had the pleasure to be guest of the Varsallona family for a day and, thanks to that, I’ve got to know one of the most colourful tradition in Sicily.
The laboratory and the shop owed by the family are one of the most important thing happening in Caltagirone.
Riccardo is the creator of this reality and he started to be a student of artisanal art when he was a teenager.
Caltagirone itself is one of the best place to be when you want to admire and buy fine ceramics from Sicily.
The city of Caltagirone has become iconic for his beautiful and long stair going up to the Santa Maria del Monte church with his 152 steps decorated with polychrome majolicas. This stair represents how affectionate the people are to artisanal handycraft.

When I start the tour with Giuseppe Varsallona I didn’t know how pottery was made and everything was looking weird and cahotic to me and this feeling became the opposite after his relevant and punctual explanations.
Clay is a rock that mixed with water becomes malleable. First step to use this malleability is put it in a mold while is wet. It can stay wet a couple of days depending on the humidity and temperature of the place where it is. 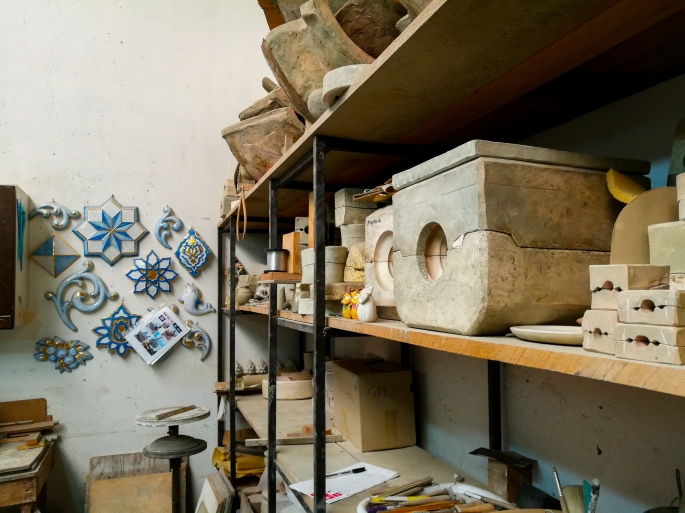 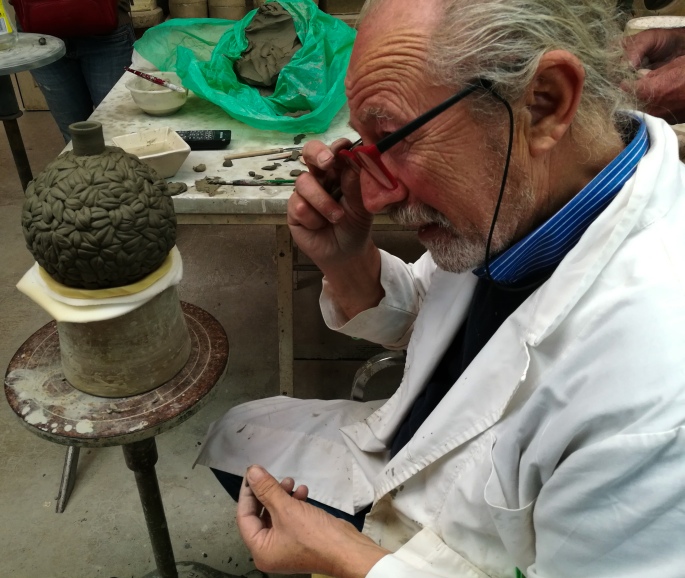 When it dries it’s time to add some details and decorations that would make the piece unique together with the painting process. After details are added it’s time for the Bisque firing (or Biscuit because after this process the clay becomes brown).

After this process the glaze will be applied in a way that pottery can be colourproof and so painted. This is where Andrea Varsallona excells, Apart from his own genuine and “futuristic” project: ceramic sculptures fired on high temperature without oxygen reaction. Andrea talent helped by this special process made a stunning result: iridenscent figures, unique pieces of pure art that has to perform necessarly while there is an active audience. All those beautiful colours can be appreciated only when you move around Andrea’s sculptures. 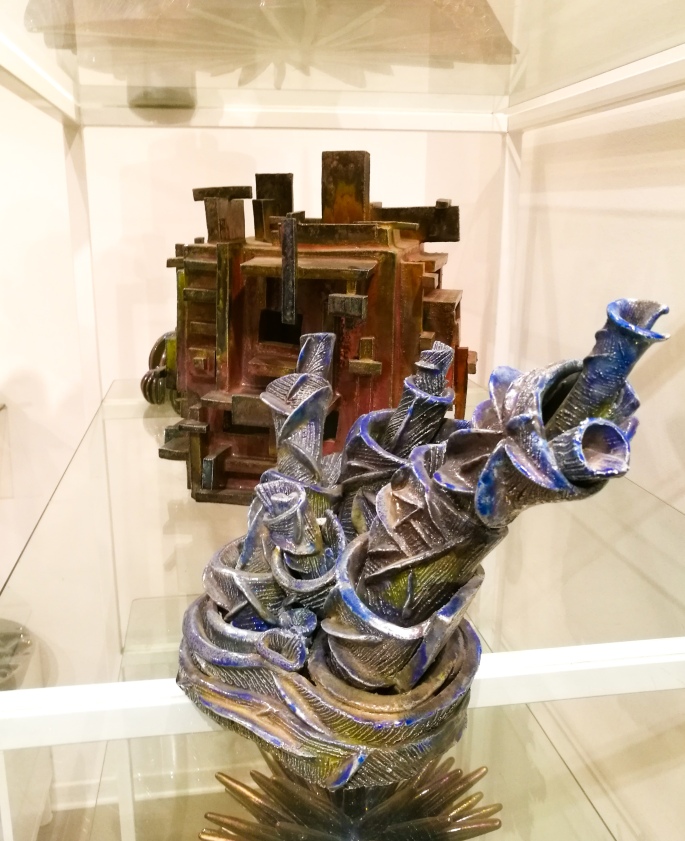 Cous cous is a traditional dish in sicily that heads back the arab colonization. Making cous cous.
1 Incucciare (making from row flour)
2 making a soup (I chosed vegetarian even if our traditional cous cous from Trapani is with fish soup) and prepare the cuddrura, a line that you would use to attach the two pots together
3 Cook and wait

First time I went to an other continent I thought it would have been by boat or with anything that I could enjoy and that could make me feel the time and climate changing in a smooth and natural way. I couldn’t: there was a terrible delay on my phd discussion in Torino. The big “Palazzo Nuovo” was closed due to a very bad asbestos contamination chance. My beloved tutor died of cancer two days after my phd discussion. He couldn’t even be there due to his sickness.

My plan of crossing the Atlantic Ocean blew up, and my saddness never actually touched that low level I was aspected from such a rough time. Probably this happened because I just went off: From my duties, my dreams, my businesses, my relationships and my everything: I just quitted!

I know it could sounds like many other stories but for many friends who could see me growing up in rules and obligations while having an anarchist spirit it was just a very aspected coming out for the good of everybody around. Most of the people that love me closer would agree that I’m much better away. Let’s say I was just holding my breath pretending to fit for something like 25 years.

Tis little collection of stories that nowadays we call blog will tell that it is not a fashionable way to get out of the way while being still around the western society in mind and purposes, but it is a little contribute for those who can still dream.

When money is not involved people rather thing there is no much going on, but I can swear especially coming where I come from, having that specific background, thinking what I’m thinking and fitting nowhere, that people like me can still live a great life just choosing their freedom.

So I was in an airplane, trying to recognize some caribbean islands from above. I travelled around Europe since I turned 18 and I could be able to afford a train ticket. I was a genius of self-orientation when it came about big cities and metros, but I remember I got lost in those clouds looking the America from above. It was a great thing, it was like watching my favourite book, the atlas, there, in my home bed in the closet where I started to dream about the world Back in the days. I was flying into South America, me, that girl that grew up in a room with no windows, and a scarse vision… At that time I was thinking “all of that is far from beeing enough”.

I chosed Colombia simply: it was cheap (I couldn’t get any farther with my budget), it was in the middle (good to look for some sailing options) it was in South America (even if I thought my first stop in s.a. it would have been Brazil) it was packed of indigenous beautiful culture, it wasn’t a tourist hotspots. All that sounded great! 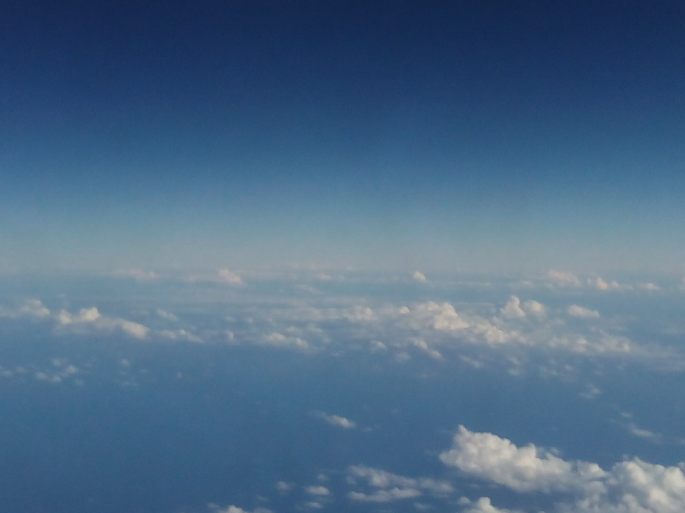 Today I was cleaning the porch and patio space while in my mind I had the little project of saving some mint plants.

They where gorgeously blooming and many bees and indigo blue butterflies where hanging around. This feast was making me so happy that I couldn’t touch the plant for days, even knowing that once they make the flowers they start to die.

I was quite resigned about mint life cycle, and let it be for a while for the insects to enjoy, when my grandma told me there might be a way to save it.

I tried with a couple of plant from the graden. I chose to not try with all of the mint plants we have at the Timbuktu Hostel, cause I’m not sure I’m the right person to take care of life, no matter if it is human, animal or vegetal. I started to cut them following strict suggestions making my way into the bees and the purple flowers.

What I was left with was a several bunch of parfumed flowers and unhealthy mint leaves. I thought they were looking beautiful anyway so I decided to put them in different buckets and make a “show” of their last chance to live. I left buckets everywhere around the veranda where every guest chills and eats and talks. One was left with this wicker busket in front of the main door so everybody could almost step on his beauty.

People were getting ready for the Halloween party. It’s nice to see how differently this date is celebrated around the world. Halloween night is special for us sicilians as well. It is believed that During this night dead people bring a plate with candies, nuts and the frutta martorana (marzipan and almond fruit-shaped pastries) to every kid. The day after is normally the “sweetest” day of all the year 🙂

We spent the Last days of the road trip in Cape Tribulation and Daintree forest. Vegetation here changed in front of our eyes, since we were travelling quite fast.

Green mountains covered of rain forest is the main landscape. Cairns and Port Douglas are very cute with their lovely marina, parks, and esplanade.

I wanted to stop in Port Douglas but in the end I decided to end up the trip all together in Cairns, one hour more going south. Getting in Cape Tribulatipn waa a bit hard at the beginning. We were late arriving at the entrance at the sunset.

So we spent the night outside and try again the next morning. We couldn’t find place in the chip camping area and apparently was even hard to book it.

Everybody needs to take a little ferry to cross the river and go through the Daintree forest. We had many little walks and we even spotted a huge cassowary by the beach.

Kitchen hand challenges: meet the crew, help the chef, don’t cut yourself, don’t burn youself, stay calm, multitask, be quick, try to slow down when it is less busy, save energies but keep on working otherwise tomorrow you are going to have more job to do there. Don’t show you are too good. People are akin to exploit you everytime they can, especially if they see that you don’t mind to be “overloaded”

I went in Paris to meet my best friend with a plan in my mind: macking the cello ready for “the trip”.

Travelling with musical instrument around the world it’s hard work. Worse if you don’t have money enough for a big solid cello case, that would cost three time the price Of the cello itself.

There was a whole community of friends working behind my trip. As we would say in Sicily: who has friends is rich!

Before I went in Paris I had a quick trip in Holand from Turin. First part of the trip was easy with Ryanair: I bought a ticket also for Claude. But in Turin I started to study a plan to get the cello survive to an intercontinental flight.

Somebody suggest even the epoxy steam, somebody a big wooden case , somebody even a coffin. I really appreciated my friend’s fantasy and realism. Cause actually I knew that for 150euros I could have found a chip coffin. But finally the winter was useful for something… I took off the bridge and released the strings, I put sweaters, tied with stockings, bubblewrap inside the soft case and bubblewrap outside. I bought it really cheap in holland and I made everything settle in Paris the day before my trip. I got a blabla car ride booking two places for the airport and once I arrived at the bagdrop even if i didn’t pay extra for a special item they (qatar airlines) put a sticker “fragile” on the top of the cello and sent me in the “big bags” area. That was so kind of them! 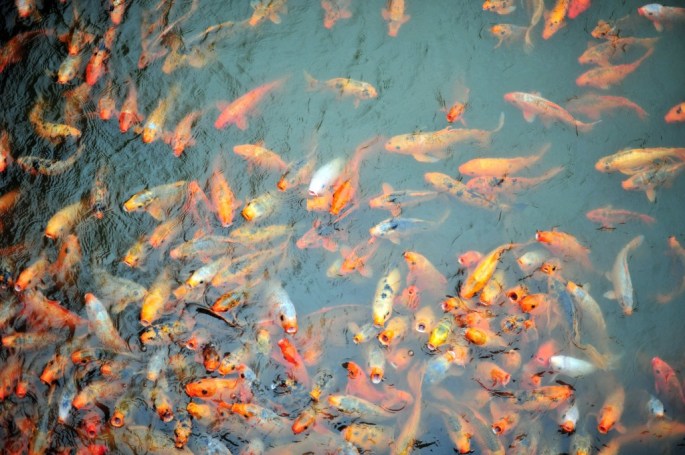 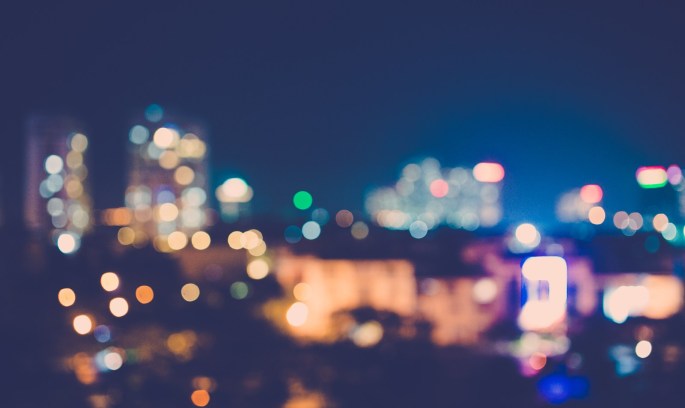